Nearly one thousand people – of them 150 singers – joined to sing “Black Tide”, the song born out of the people of South Sudan’s struggle for clean water – and to hear testimony from

Reimund Reubelt and Klaus Stieglitz, heads of Sign of Hope, the Germany-based NGO that has been blowing the whistle on oil pollution in South Sudan for more than two decades – and that has been helping its victims.

Joseph Oduha, the journalist who risked his life to report on the Black Tide – and on the South Sudanese’s brave and desperate effects to turn it back

Sawsan Chebli, minister for citizen involvement for the city-state of Berlin, and leading proponent of civic unity, tolerance and commemoration of the Holocaust

Martin Germer, pastor at the church. Martin’s prayer for the people of South Sudan and for peace in the world has a highlight of the event.

Black Tide was organized and moderated by Terry Swartzberg, the Munich-based ethical campaigner. 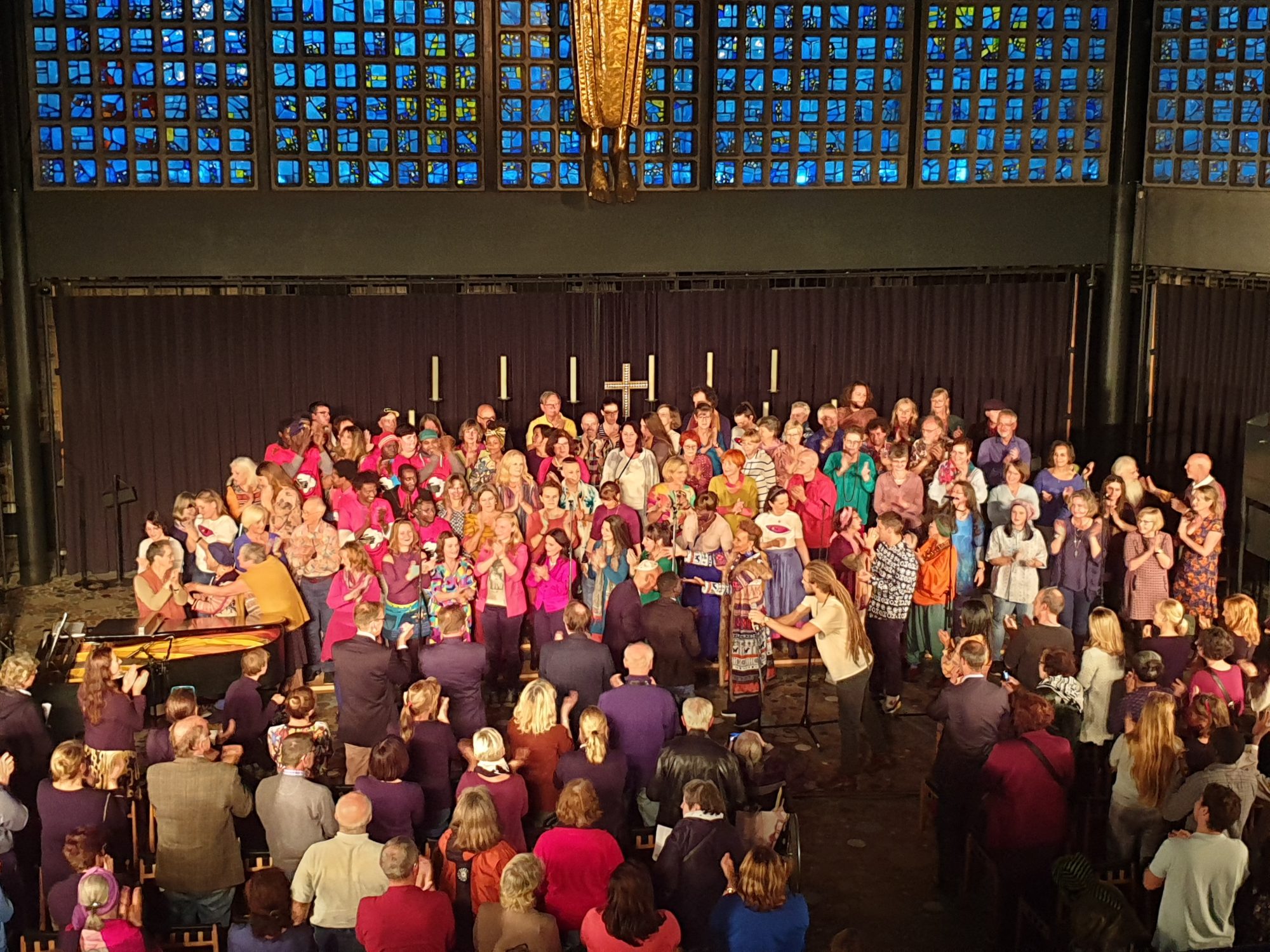