“We will never forget. Never. Ever. Not a single victim.”

The Stolpersteine: the world’s project of Holocaust commemoration 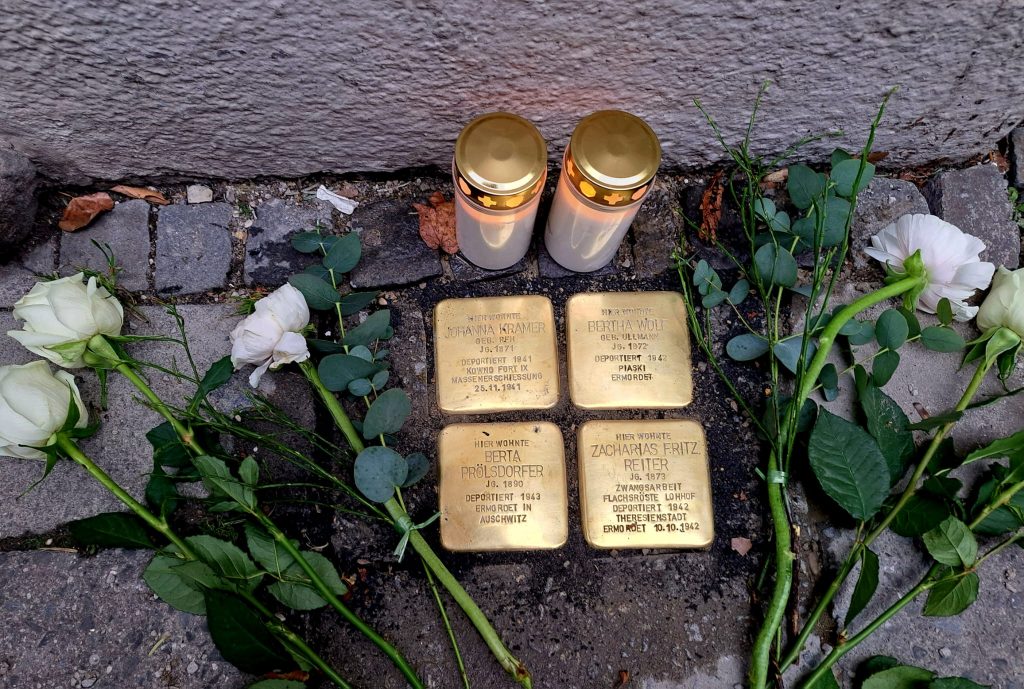 + One hundred thousand Stolpersteine in 1,800 cities in 31 countries – placed by 1,800 local organizations, each staffed by volunteers. It adds up to the largest, most inclusive and democratic project of commemoration that the world has ever seen.

Each Stolperstein (“stumbling block”) commemorates a victim of the Shoah – Jew, Sinti or Roma, homosexual, persons persecuted for religious or political views or due to supposed disability (“euthanasia”).

Each Stolperstein is placed in the sidewalk in front of the building in which the victim lived before being dragged off by the Nazis to be persecuted and murdered.

Each is commissioned by persons who have dedicated themselves to commemorating their family members, friends, neighbors.

Each Stolperstein is manufactured by hand and created by the organization headed by Gunter Demnig, the Cologne-based artist who launched this movement in 1992.

Each Stolperstein thus enables passersby to get to know and remember one of the 11 million people killed in the Holocaust.

The Stolpersteine thus constitute “the palpable atlas of Jewish life and suffering” – in the words of Galit Noga-Bonai, professor of religious art at Jerusalem’s Hebrew University.

Faces for the Names: bringing them back to our eyes, hearts and minds and souls 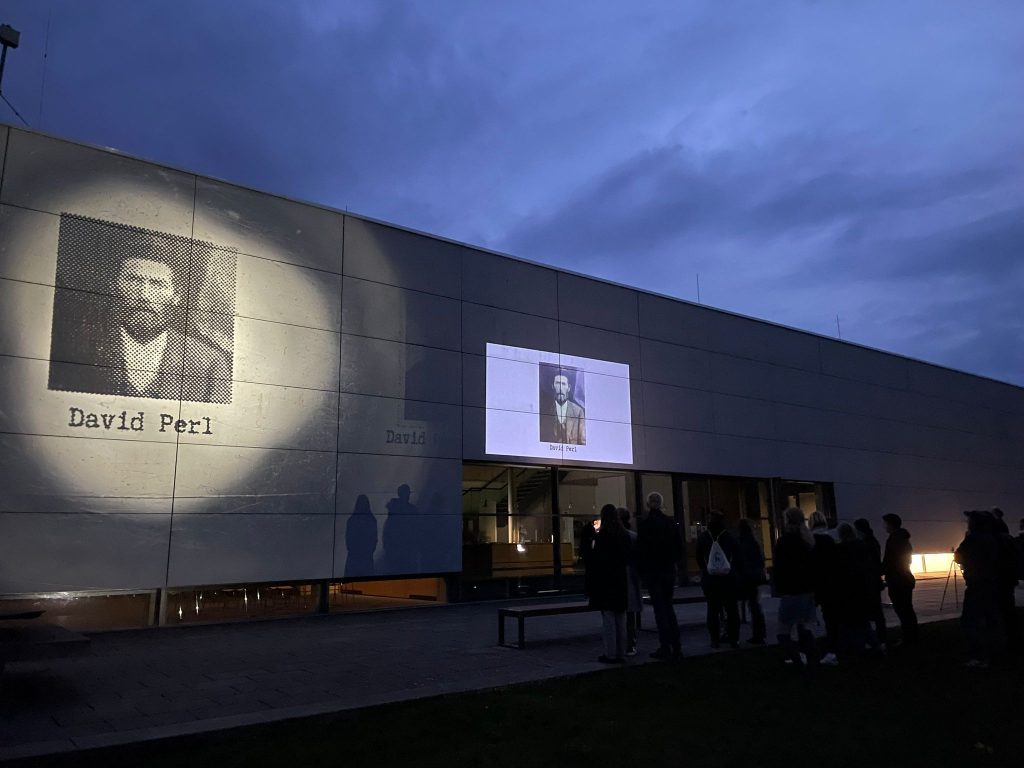 + Bringing them back. The victims of the Holocaust. To our eyes, hearts, minds and souls. By projecting their photos on to the buildings in which they lived, worked and suffered. By giving faces for the names.

Since inception in October, 2020. J.E.W.S. has staged 70 Faces for the Names in Munich, Hamburg and three other cities in Germany. Each of these features raps, videos, poems and other things created by the young. 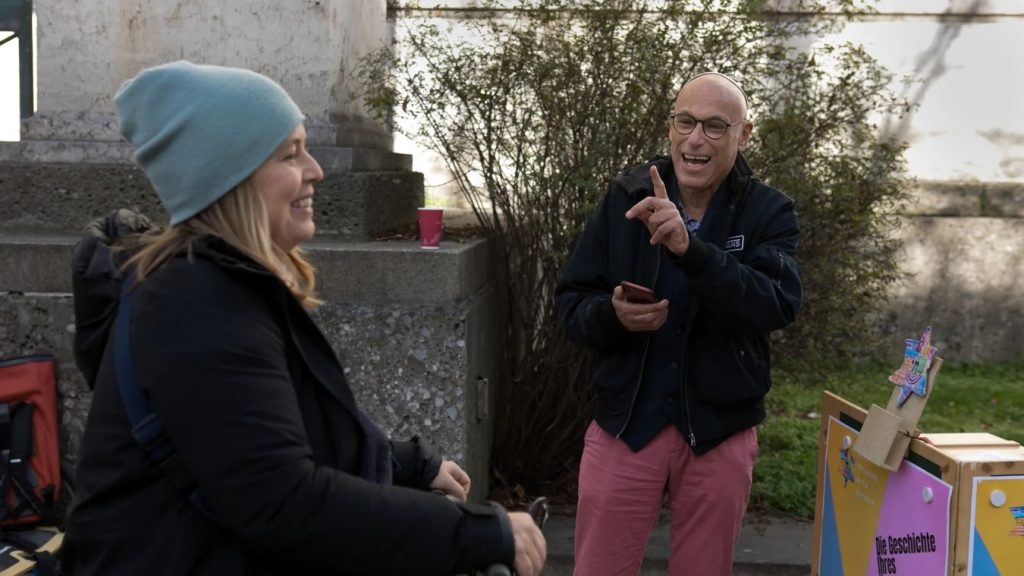 + “Did Holocaust victims live in your building?” This question is posed by posters placed on the stand placed in the middle of a beautiful square in Munich. This commemorative stand is conveyed

by a bike and a trailer, and it is part of Terry Swartzberg’s outreach to residents of Munich. They stop by to find out whether or not victims actually lived in their buildings, street and neighborhood. 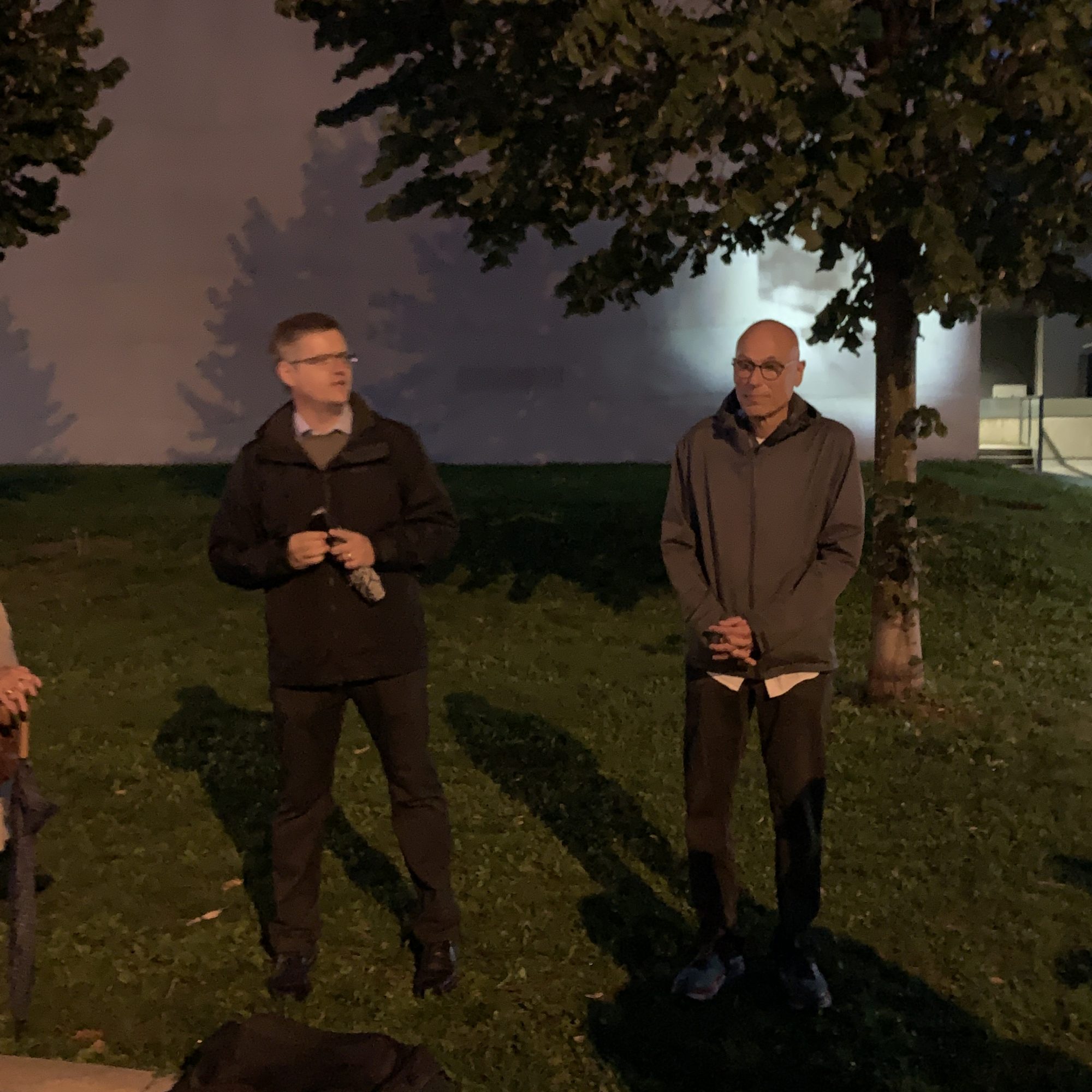 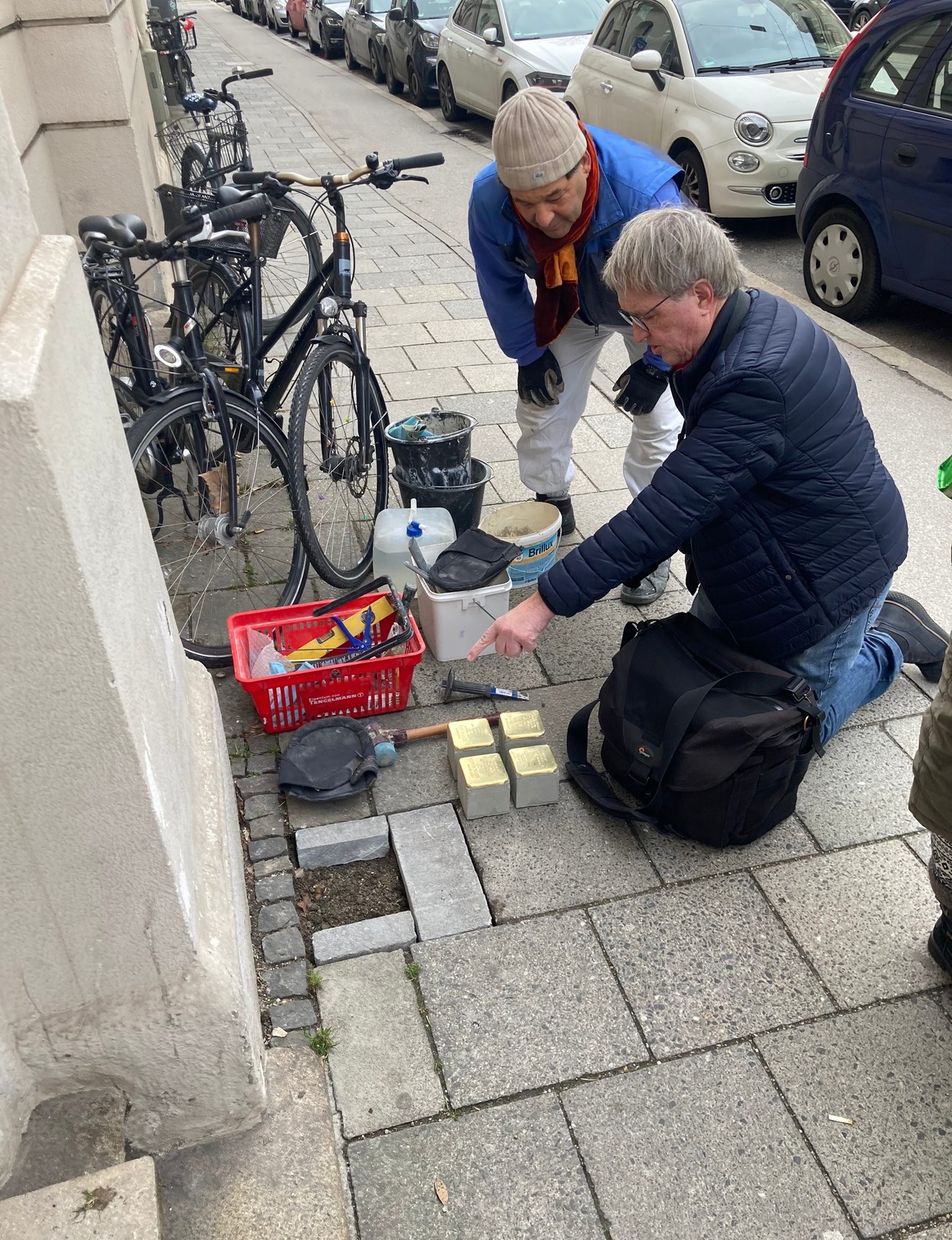 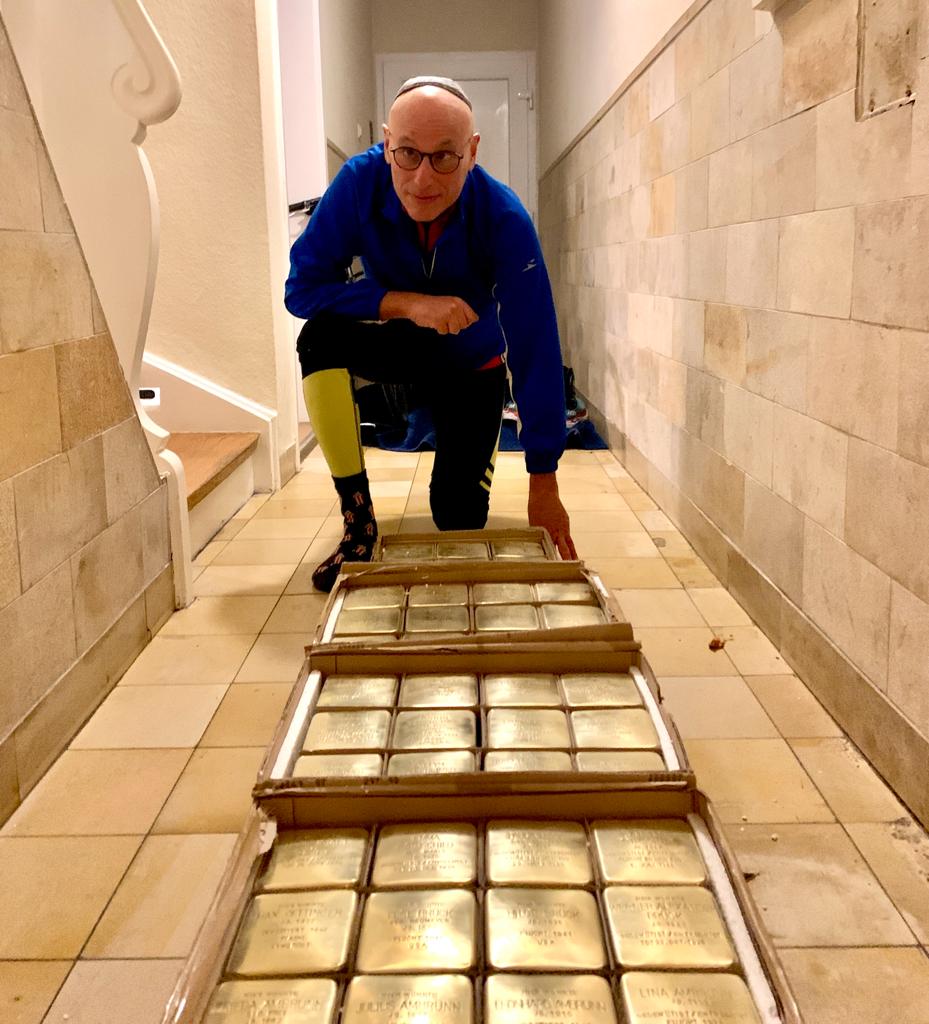 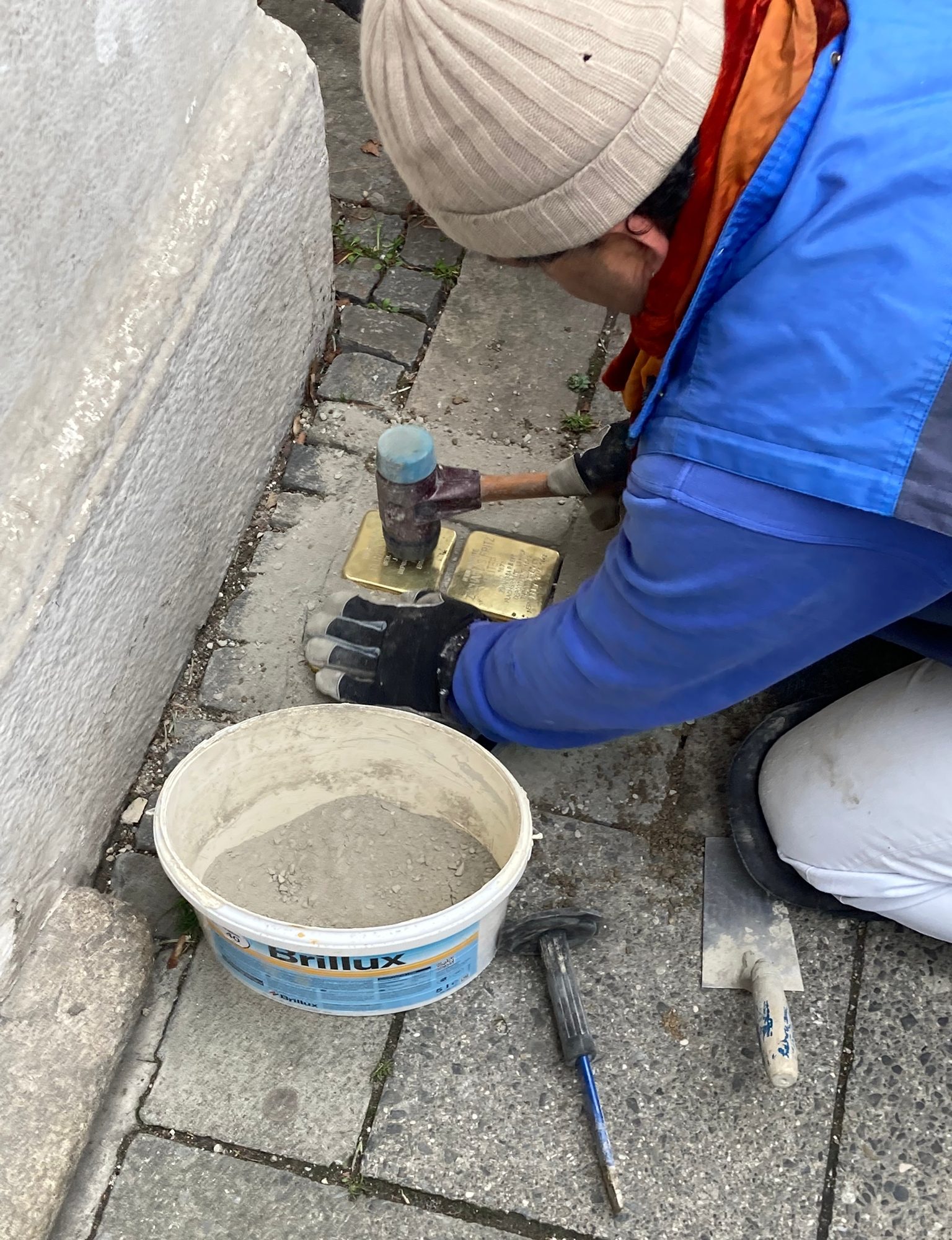 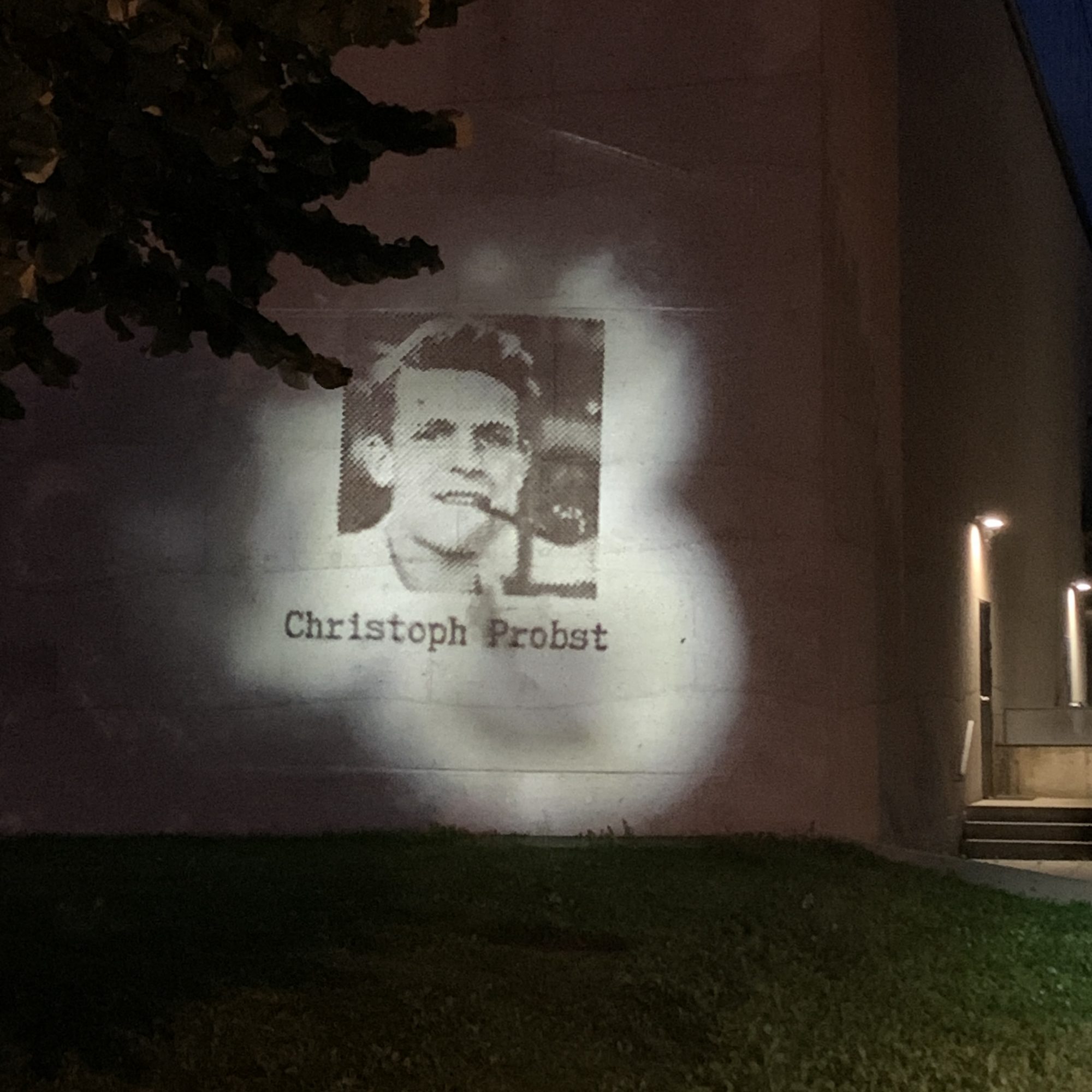 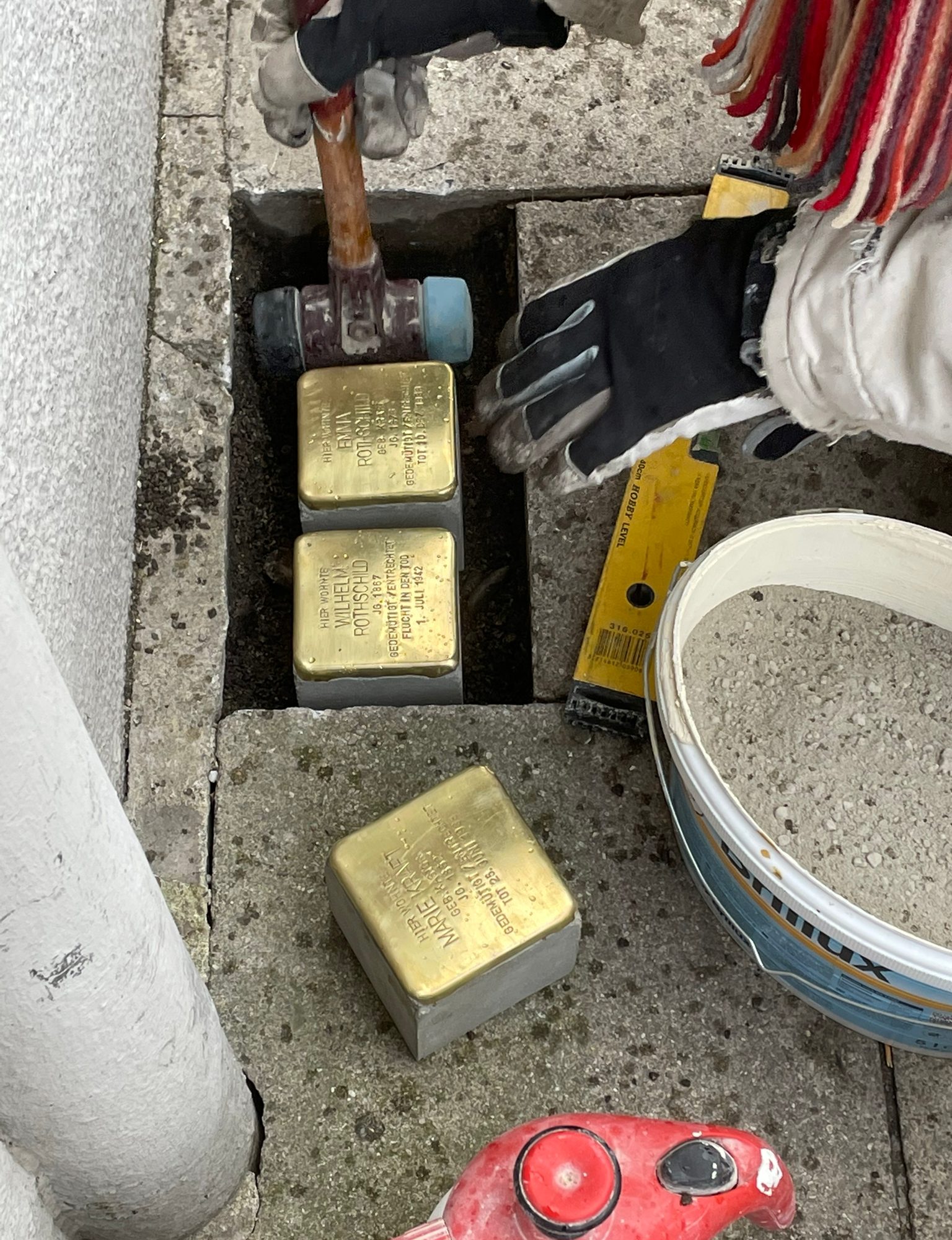 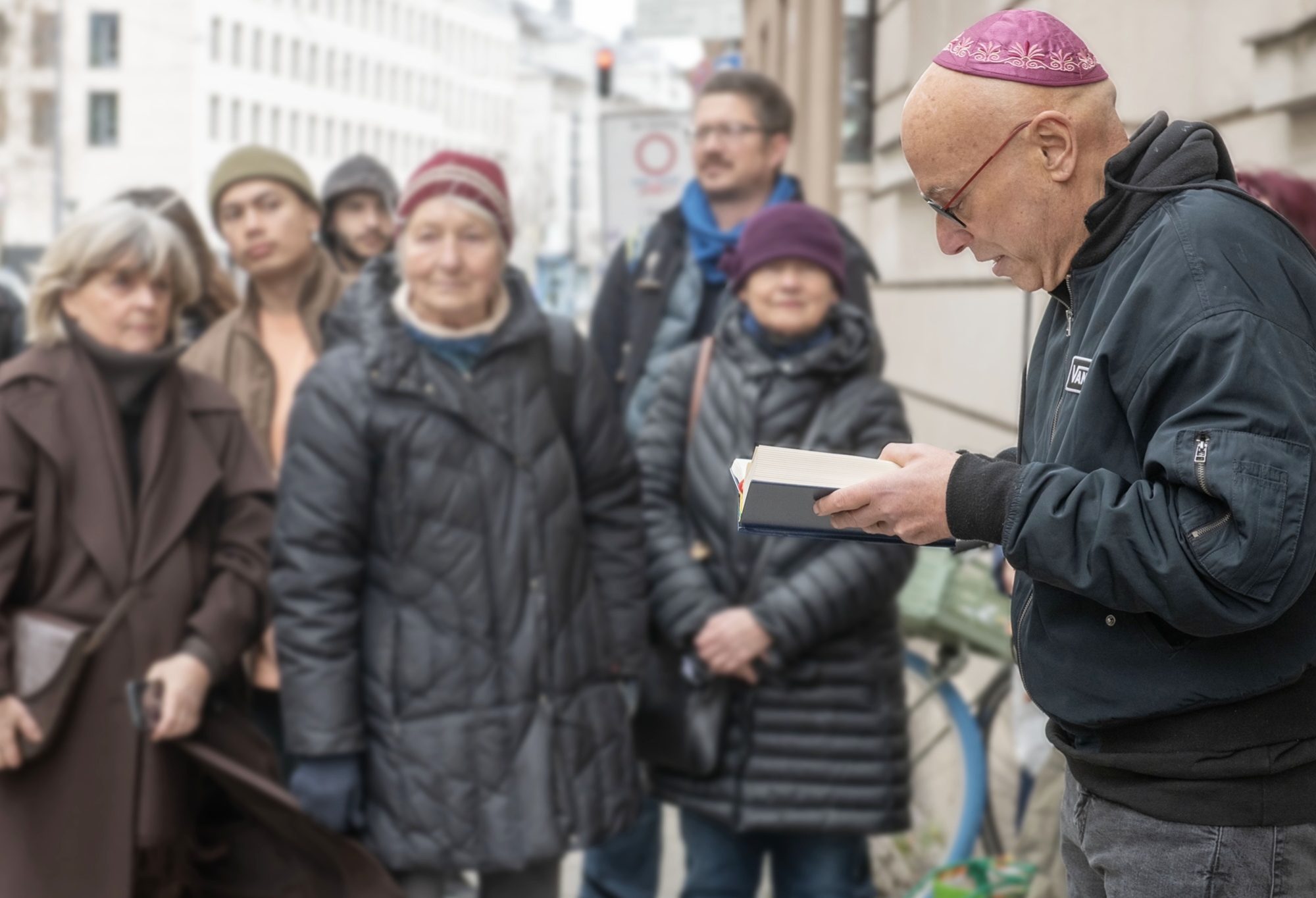 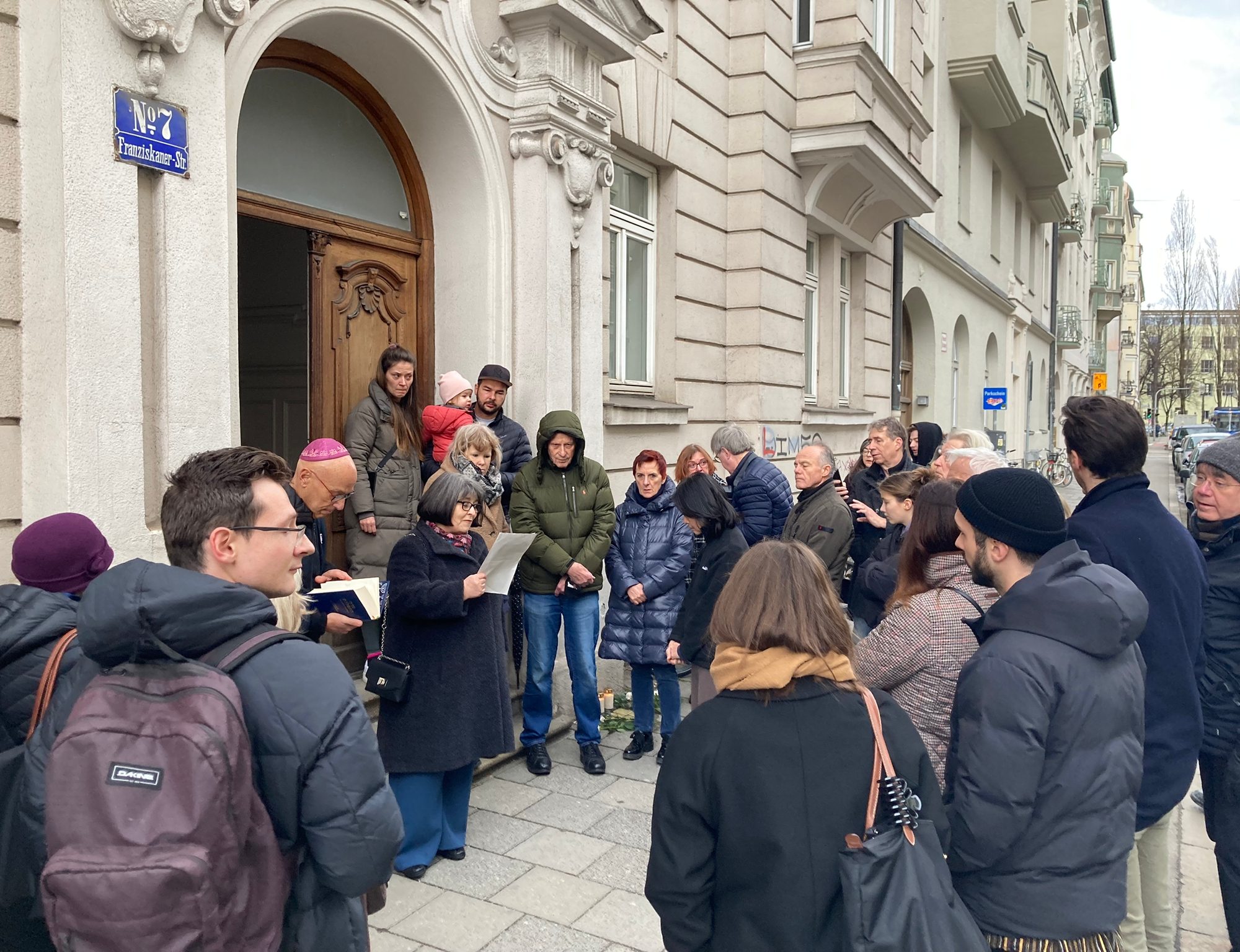