Stolpersteine – a worldwide project of commemoration

The Stolpersteine are the largest, most visionary and most celebrated project of commemoration that the world has ever seen. Each of these “stumbling blocks” – found in 1,600 cities in 22 countries – commemorates a victim of the Holocaust: a Jew, a gay, a Sinti or Roma, or a victim of ‘euthanasia’ or of political or religious persecution.

Largest and most visionary project: as of mid-2018, there were some 70,000 Stolpersteine. This is an amazing number – and a very small one. Very small in view of the Stolpersteine movement’s goal of commemorating each and every victim of the Nazis’ genocide – 11 million and their surviving family members. 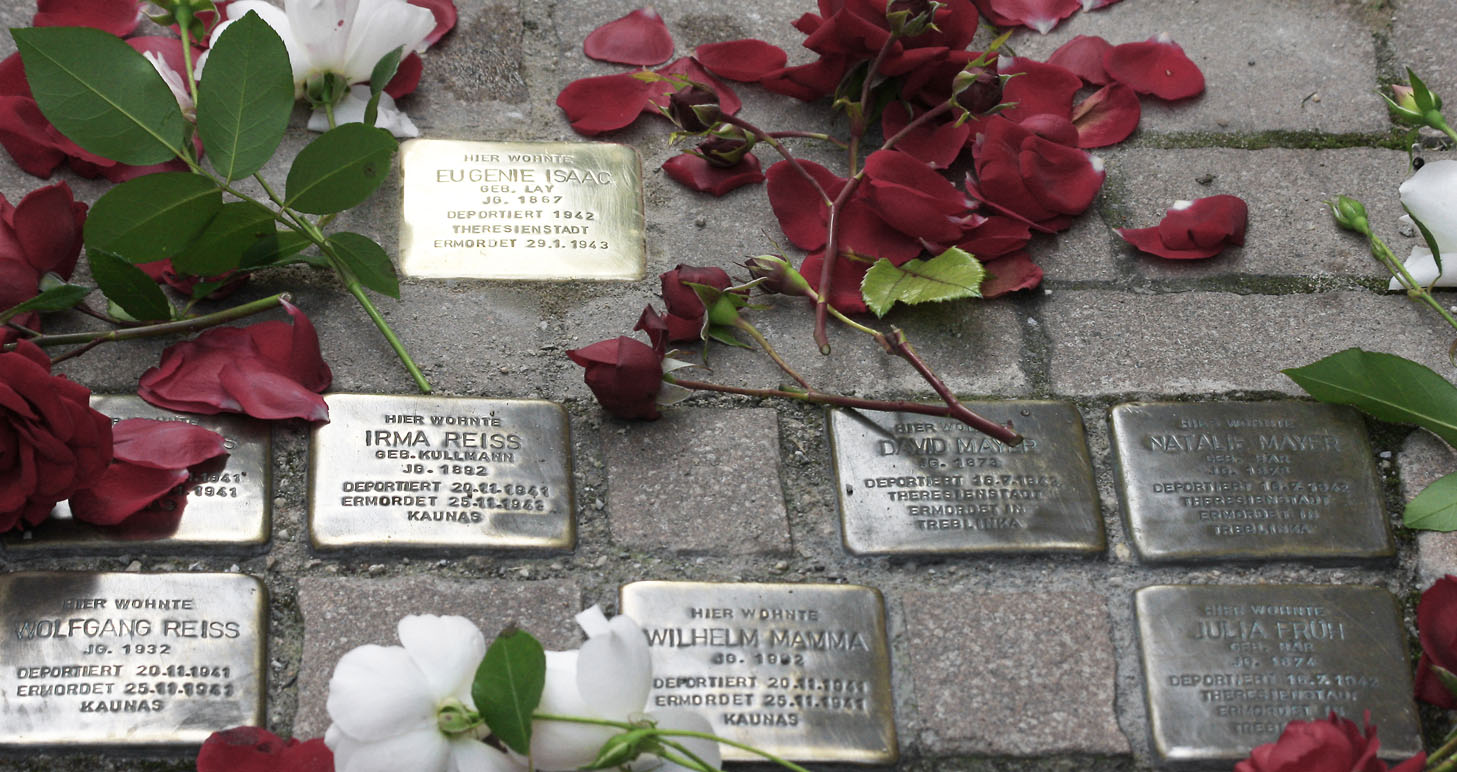 the Stolpersteine have been lauded by the governments of Germany and Israel and by centers and organizations of Judaic and Holocaust studies, which regularly stage exhibitions about the movement. Every year, the Stolpersteine grace the front pages of the world’s leading media, such as the New York Times, the New Yorker and Foreign Affairs.

The parent of the Stolpersteine – Gunter Demnig, the Cologne-based artist – has been awarded a bevy of prestigious honors and prizes. 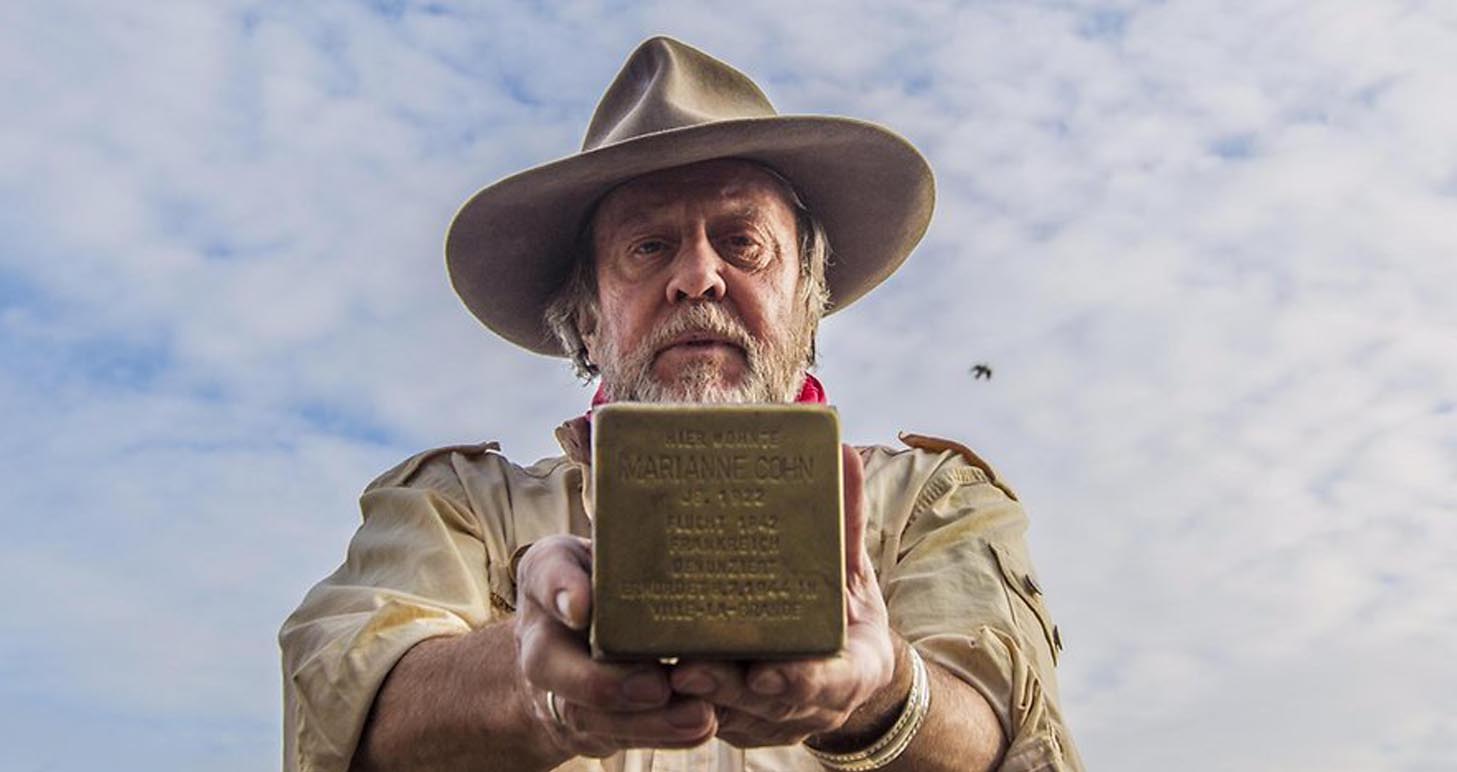 The Stolpersteine: spreading throughout Europe and the world

The media’s interest has been stoked by the Stolpersteine movement’s expansion and development:

Expansion into such key countries as Poland, which has begun to accept the need to commemorate each of the three million Jewish victims of the Shoa at the places in which they lived prior to being murdered.

Development into a ‘family of commemoration’ – one comprised of:

Gunter Demnig and his team + the victims and the family members, friends and peer groups dedicated to their remembrance +

the 1,000 local organizations and of the volunteers staffing them and undertaking the placement of Stolpersteine in their communities, the hundreds of thousands of persons attending and following such placements 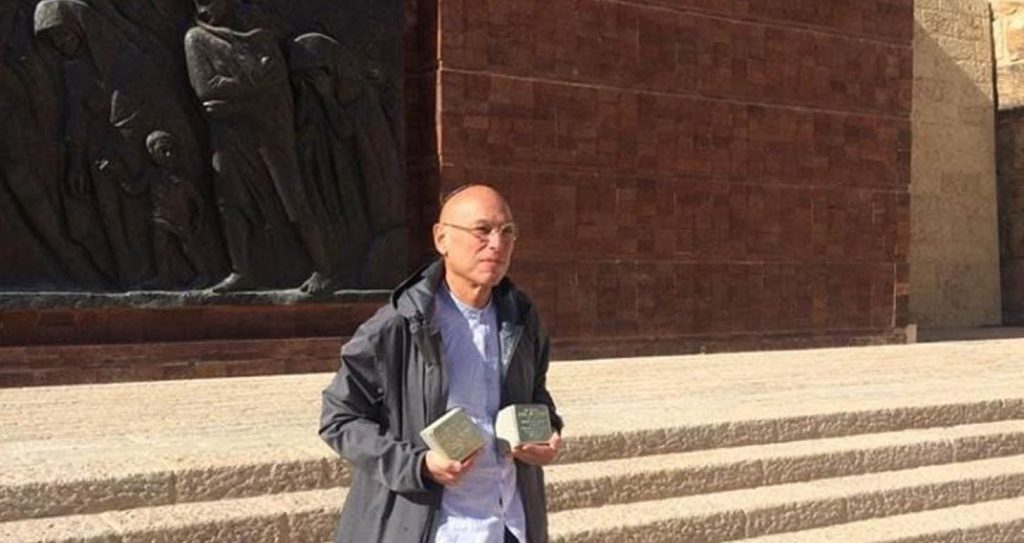 This expansion, development and attention have been facilitated by the PA (public affairs) outreach undertaken by Terry Swartzberg. The ethical campaigner, leading figure in Germany’s Jewish community, and head of the Munich chapter of the Stolpersteine.

Employing the contacts built up during his 25 years of writing for the International Herald Tribune and through his fostering of Judaism and inter-religious understanding in Germany. This outreach has conveyed the story and spirit of the Stolpersteine to the world.

the staging of events designed to prevent antisemitism and other forms of racism, and to preclude the recurrence of genocide.

the networking with the world of Holocaust remembrance and of Jewish life and culture, and with the young (via universities and schools).

the formulation and dissemination of information and contacts via dedicated mailing lists, Websites and the social media, the holding of lectures throughout Europe and in Israel.

the organization of the placement of Stolpersteine for Terry’s family members, who were murdered in Slutsk, Belarus in 1941.

Please contact us to learn more about how you can provide support to this work.